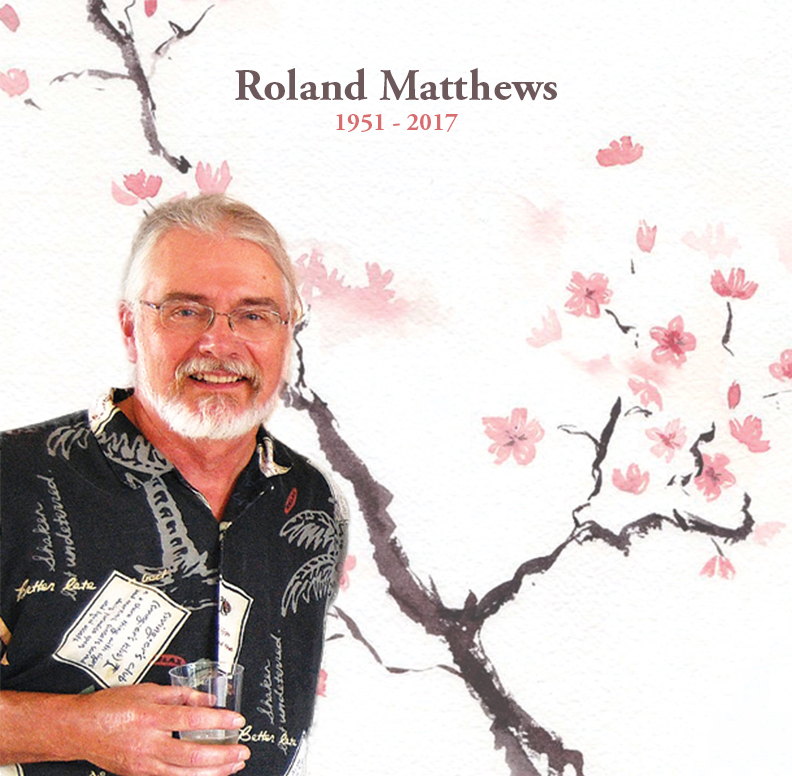 The seed that grew to be Middle Way Acupuncture Institute was planted in 2006 when a friend asked Roland Matthews if she could apprentice with him. She had become unable to complete her final year of acupuncture school and needed someone to supervise her clinical internship as well as teach her remaining courses. As apprenticeship has been the primary method of transmission for this medicine for millennia, Roland felt called to accept her request and shortly became approved by Washington State to take on an apprentice.

The following year when two more women asked him to take them on as apprentices, he was informed that teaching more than one person at a time required that he become a school. So it was, that with a class of two, Middle Way Acupuncture Institute was born. While Roland did not intentionally set out to start a school, it became an appropriate manifestation of his skills and interests as his original college degree was a BA in Education and he was a teacher at heart.

As word circulated that an opportunity to study acupuncture existed north of Seattle, the school grew. In the beginning, Roland taught all the classes, but he soon decided that his training and grounding in Five Element Acupuncture would be well complemented by seasoned practitioners from the world of Traditional Chinese Medicine as well as Japanese Acupuncture. He then hired some of the finest acupuncture instructors in the Pacific Northwest to come teach at Middle Way.

A graduate of The Academy for Five Element Acupuncture in Florida, Roland himself was an accomplished clinician whose decision to attend acupuncture school arose from years of studying Jin Shin Do and Eastern philosophies, especially Buddhism and Taoism. His approach to patients was deeply compassionate and intuitive, and he was noted for his simple, yet highly effective, treatments. An obsessive and enthusiastic gardener, Roland had a visibly strong connection with the natural world. He felt that bringing a capacity for deep listening and being fully present with a patient were as important as the actual treatment itself and emphasized this view in his teaching. Emerging from his own beliefs and experiences was a curriculum based on the rhythms of nature, the interaction of the Five Elements, and the traditions and tenets of Traditional Chinese Medicine. By the time the school blossomed into a nationally accredited institution in 2016, Roland’s vision was firmly rooted in the mission of the school. Students from all over the country sought out Middle Way for its nature-based approach to acupuncture education and its commitment to small class sizes so as to continue the apprenticeship model.

His untimely passing in the fall of 2017 left a palpable hole in the MWAI community. While the sadness for those who were fortunate to be a part of the Middle Way experience during his life will never entirely diminish, students for years to come will continue to learn acupuncture within an organization which continues to embody the vision of its beloved founder.